Our readers at The Wheatsheaf Hotel April 19th 2011 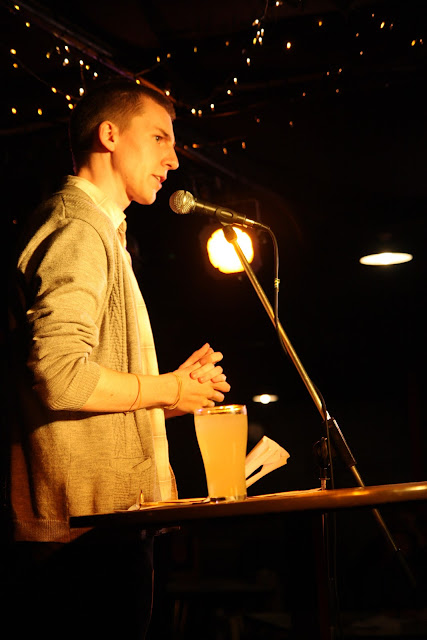 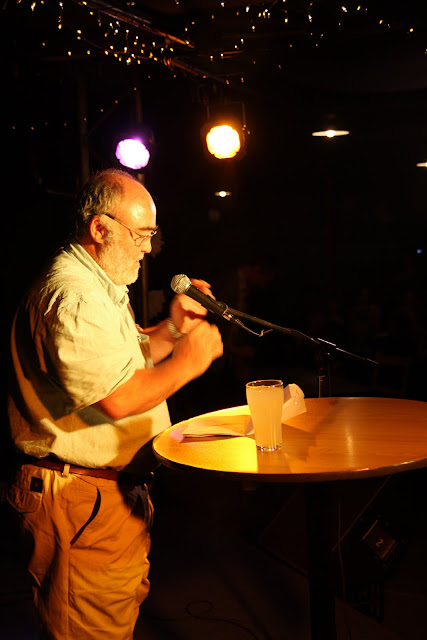 
Miles writes poetry and short stories. He has completed an Advanced Diploma of Professional Writing and is now into his third year of a Bed/BA at Flinders uni.

He has also written Holistic Gardening – The Five Principles of Success. His favourite authors are Faulkner and Steinbeck. He hopes one day to complete and publish his novella Runcifal (a horror fantasy). 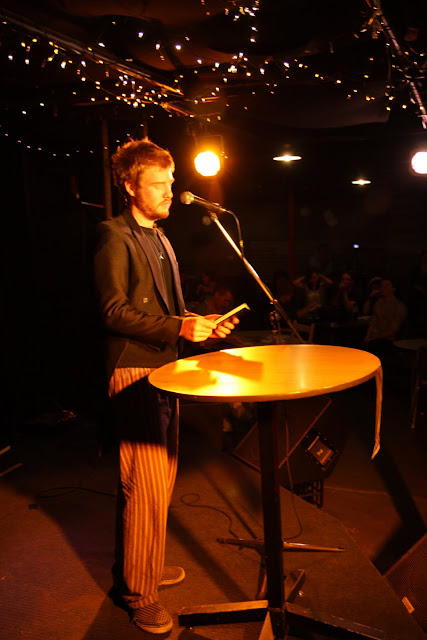 
Mario is a second year BCA student. He's of a Salingerian modesty, and has never sent off any work to be published - but he has performed his stories publicly on three separate occasions, and is about to so a fourth time. 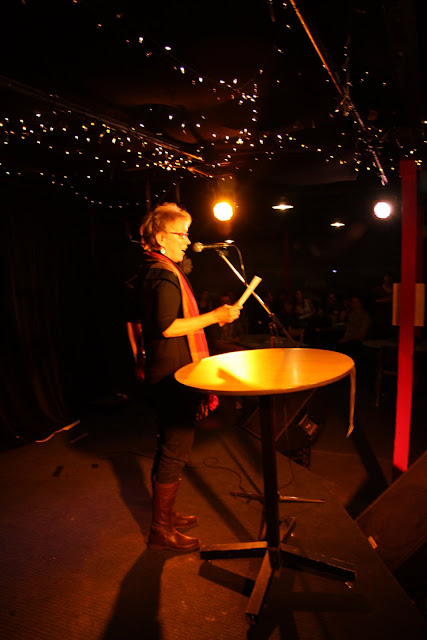 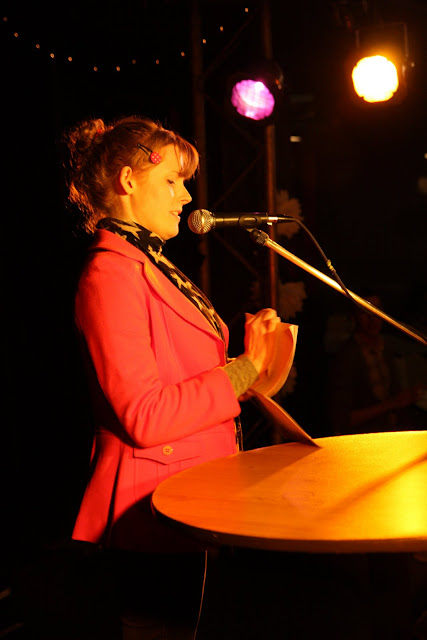 Alicia often complains that she never wins anything. However, since becoming involved in Speakeasy she's won two things. Most recently The Imprints Booksellers Fiction Prize for her short story 'Saturn Devouring His Son' and, previous to that, a can of asparagus soup. She hopes to win at least more soup in the future. 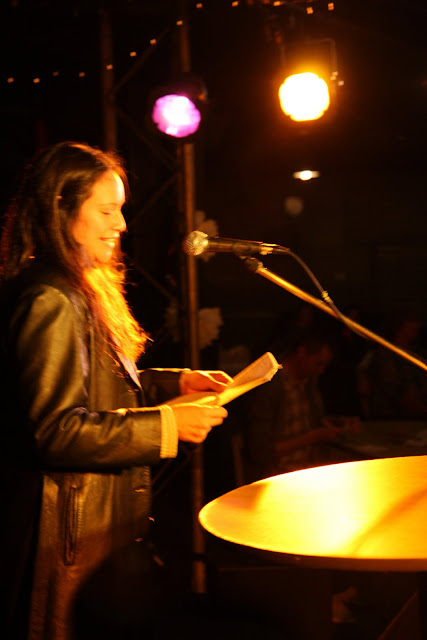 
Mel is a second year first year student and a first year second year student... she's either really clever or somewhat confused. In her shortish life, Mel has overcome alcohol, nicotine, and fundamentalism. Now she refuses to indulge stupidity for the sake of tradition. Surely, we can find a better reason than that. Mel would like to write stories that make people want to blow up parliament and run for prime minister all at the same time. However, she's not really a writer, so, she comes to Speakeasy in the hopes of meeting someone who'll do it for her. 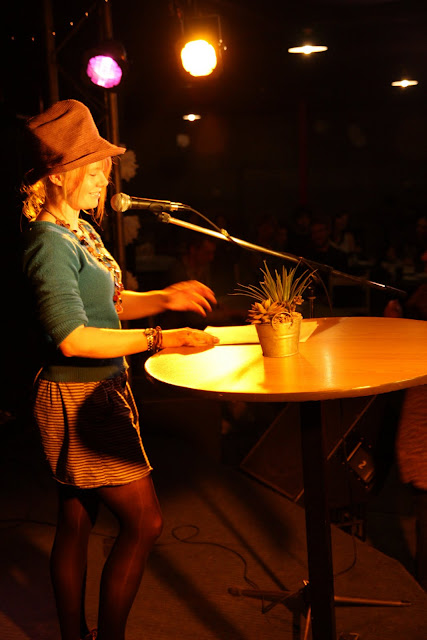 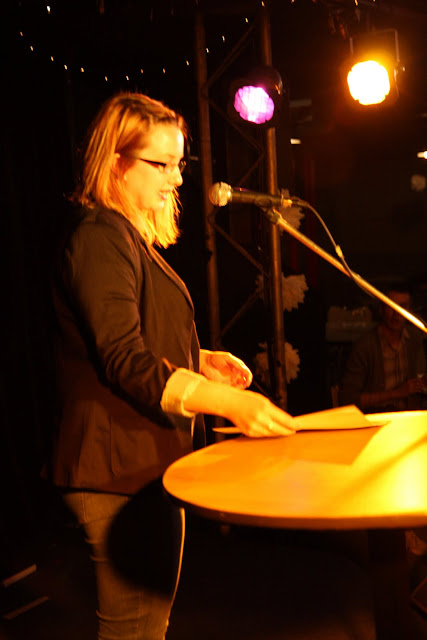 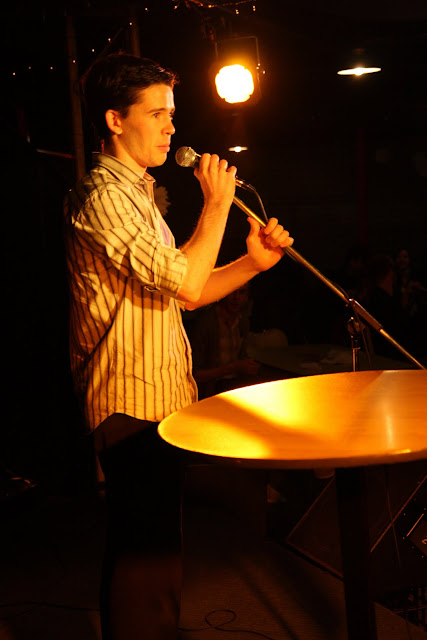 
Samuel Williams is a second year BCA creative writer. His work has been published in Voiceworks magazine, and this year he was a judge for the third annual Indie book award in the Debut Fiction category. 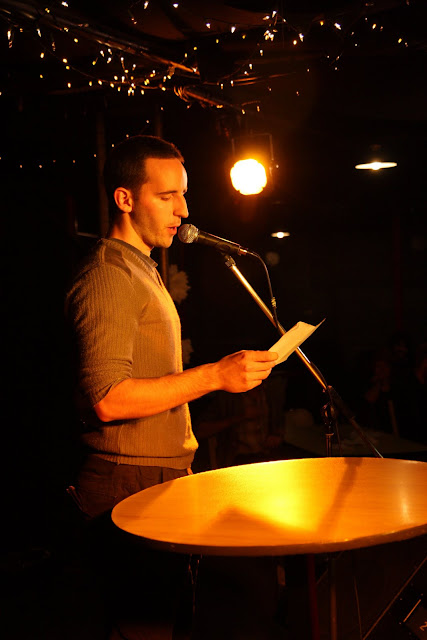 
Tom is a creative writing postgrad at Flinders University. He recommends that you watch the films Irreversible, Antichrist, and A Serbian Film. The cinematography in these films is breathtaking. Especially A Serbian Film. Such beauty. 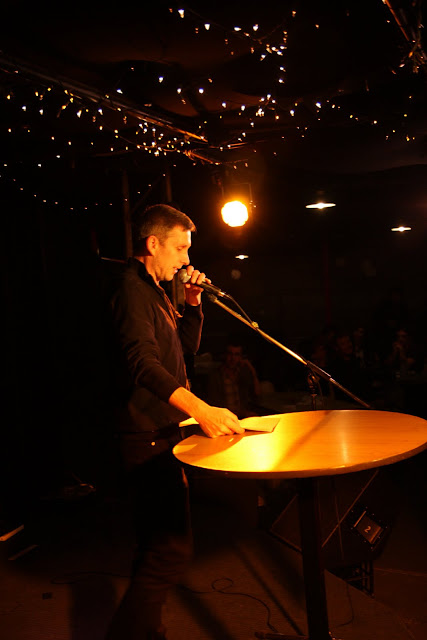 Many thanks to Delana Carbone of Libertine Magazine for taking these great pictures.
Posted by speakeasy at 3:33 PM